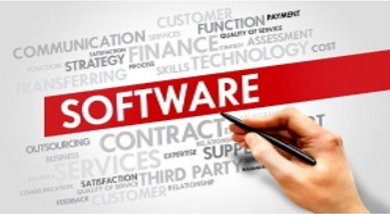 The family of patents is directed toward “Methods and Apparatus Relating to the Formulation and Trading of Risk Management Contracts.” Specifically, the patents disclose a scheme for mitigating “settlement risk,” in which a computer system is used as a third-party intermediary between the parties to the exchange. Filed on May 28, 1993, a NOA (notice of allowance) was issued for ‘479 on March 12, 1998. The issued patent references several US and foreign patents disclosing various forms of risk management.

A review of the file history does not reveal that the Examiner raised the 101 issue in at least the ‘479 parent application. However, that issue became the focus of the litigation at the District Court level, which held that all of the claims are NOT patent-eligible because they are directed to the abstract idea of “employing a neutral intermediary to facilitate simultaneous exchange of obligations in order to minimize risk.” 768 F. Supp. 2d 221, 252 (DC 2011). The District Court decision was appealed to the United States Court of Appeals for the Federal Circuit (CAFC ) and a divided panel of the CAFC reversed. However, the Federal Circuit (CAFC) granted rehearing of the District Court en banc, vacated the panel opinion, and affirmed the judgment. 573 U.S. _(2014). The Supreme Court granted certiorari (571 U.S. _(2013)) and affirmed the CAFC en banc decision.

The Supreme Court concluded that Alice Corp’s claims were patent-ineligible because “the claims at issue amount to ‘nothing more’ that an instruction to apply the abstract idea of intermediated settlement using a generic computer.” The apparatus and tangible storage media claims were not spared. The Supreme Court espoused the position that “the generically-recited computers in the claims add nothing of substance to the underlying abstract idea.” Furthermore, the Supreme Court cites a long line of cases, including Myriad Genetics, Bilski, Morse, Flook, Mayo for the proposition that: “[a] claim that recites an abstract idea must include ‘additional features’ to ensure that the claim is more than a drafting effort designed to monopolize the [abstract idea]].”

In conclusion, the take-away from the Supreme Court’s decision is two-fold: (1) no category of subject matter, such as software or business methods are excluded. Moreover, no special requirement is imposed for these categories. However, to the extent that these two categories claim an abstract idea (e.g., pure algorithm in the case of software and human activity in the case of business method) with no transformative features, they are patent-ineligible under §101; (2) there is no per se rule on how to transform a claim into an inventive application of the abstract idea. “The elements of each claim both individually and “as an ordered combination” are to be analyzed to determine if the claims recite features that “transform the nature of the claim” into a patent-eligible application. As such, the new landscape dictates a case-by-case approach. At the very least, patents associated with the above categories issued within the last two years should be reexamined. New applications should be drafted mindful of the prescriptions of Alice Corp.