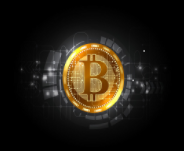 On Monday December 6, 2021, Craig Wright who claimed to be the inventor of bitcoin largely prevailed in a Florida jury trial. The issues in dispute included conversion, misappropriation, replevin, breach of fiduciary duty, breach of partnership and unjust enrichment. The complaint was filed in the Southern District of Florida on February 14, 2018. The trial began on November 1st.

The plaintiff, Ira Kleinman, is the personal representative of the Estate of David Kleinman who was a computer forensic expert and may very well have been the co-inventor of bitcoin. In April 2013, a few months prior to bitcoin’s launch David passed away. The defendant is Craig Steven Wright a computer scientist from Australia. Craig is a resident of London, United Kingdom. Craig and Dave were business partners in W&K Info Defense Research, LLC a Florida company. According to court papers, the matter in dispute “concerns the rightful ownership of hundreds of thousands of bitcoins and the valuable intellectual property (IP) rights of various blockchain technologies. The value of these assets far exceed $5 billion.” The complaint further indicated that [t]he concept and technology behind bitcoin was first published in October 2008 when its pseudonymous creator, Satoshi Nakamoto, sent the now famous protocol to a mailing list of cryptography enthusiast. That protocol has since spawned a system of value and exchange with a current market cap of ~$150 billion. The jury cleared Craig Wright on nearly all issues including that half of the 1.1 million bitcoin in dispute belonged to the family of Dave Kleinman.

The jury did award $100 million in intellectual property rights to W&K Info Defense Research, LLC although the jury concluded that Craig was not liable for fraud.