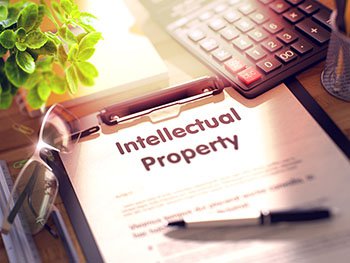 Another category of Intellectual Property (IP) is trade dress. Let’s start with the definition of trade dress. This definition is essential in order to understand how to protect trade dress rights and why these rights are often forgotten or overlooked by clients and practitioners alike. Trade dress is an important arrow in an IP quiver or portfolio.

Historically, trade dress "referred only to the manner in which a product was 'dressed up' to go to market with a label, package display card and similar package elements. Jeffrey Milstein, Inc. v. Greger, Lawlor, Roth, Inc., 58 F.3d 27, 31 (2d Cir. 1992).

More specifically, a trade dress is a combination of several functional and nonfunctional elements that are unique to the trademark owner and cannot be confused with other brands' designs. A nonfunctional element can be any identifying element, such as a distinctive shape or ornamental design. For example, in what is the most important trade dress case to date, the Supreme Court, in Two Pesos, Inc. v. Taco Cabana, Inc. (505 U.S. 763, 112 S.Ct. 2753(1992)), held protectable the trade dress of Taco Cabana's restaurant, described as:

a festive eating atmosphere having interior dining and patio areas decorated with artifacts, bright colors, paintings and murals. The patio includes interior and exterior areas with the interior patio capable of being sealed off from the outside patio by overhead garage doors, the stepped exterior of the building is a festive and vivid color scheme using top border paint and neon stripes. Bright awnings and umbrellas continue the theme.

In 1985, the Ninth (9th) Circuit, in Fuddruckers, Inc. v. Doc's B.R. Others, Inc., agreed with Fuddruckers' assertion that the "restaurant's decor, menu, layout, and style" was a protectable trade dress. The features for which Fuddruckers sought protection included food preparation areas which are visible to its customers, the storage of bulk food items in the main dining area, "ubiquitous" two-by-four inch white tiles on the walls, the bar and the counters, neon, mirrors, and brown directors' chairs, and a "Mother Fuddruckers" bakery area.

In 1992, seven (7) years later Two Pesos was decided. The Supreme Court only described Two Pesos' infringing trade dress as "very similar" to Taco Cabana's trade dress. Fast forward to a more recent time, in 2013, Apple gained protection for the design of its stores based on its distinctive features. It goes without saying that corporations that invest in designing stores and packaging products should also invest in protecting their trade dress.

What Is Trade Dress Registration?

It could be inferred from above discussion that a trade dress registration would protect the whole image or overall appearance of a product including the design, symbol, or trademark associated with a brand. Indeed, it does. A trade dress can be registered at the State level or at the Federal level. At the State level, registration is governed by the State statutes whereas at the Federal level, the Trademark Act 15 U.S.C. §1052 regulates trade dress. As indicated above, originally trade dress comprised the product's dressing, but it was later expanded to include the product design and packaging. A trade dress application must include designs and drawings, the associated services or goods, and a description.

A registered trade dress can prevent companies from creating and using similar designs. Trade dress registration is based on the applicant's claim that the "total image" of its goods or services is distinctive to that company.

When applying for trade dress registration, the applicant must:

Why Is Trade Dress Registration Important?

Considering that IP continues to play a major role in the information age, and according to the Federal Reserve Bank of Philadelphia, US companies likely have more than $8 trillion in intangible assets, roughly half the market capitalization of the S&P 500 Index. Furthermore, IP accounts for 52% of all U.S. merchandise exports, which amounts to nearly $842 billion. Therefore, it behooves a company, which spends a lot of money to create a unique design for its products or stores to protect it just like they would their patents, copyrights, trademarks or logos. A trade dress can take a long time to develop, however, and can lose its distinctiveness if another company uses a similar design in the meantime. In Part II, we will continue the discussion with emphasis on the legal aspect of trade dress protection.

Send us your questions or comments!